By Jeremy Hammond and Jason Hammond

Hordes of brainwashed right-wing extremists have become infected with the Trump Zombie Plague and threaten the free world with fake-news-propagating hate speech. But there is one force that can stop them – anti-fascism! Gamers, rise up and confront the infectious, indoctrinated mobs in Smash MAGA!

Unapologetically anti-fascist, Smash MAGA! Trump Zombie Apocalypse is a politically-charged smash-and-run retro action adventure game (in the style of Smash TV) where you fight right-wing zombies at scenes like the Capitol Hill Riots and other historic events of our time.

Announcing on this Fifth of November the release of the “Civil War” expansion to our antifascist game Smash MAGA: Trump Zombie Apocalypse!

With the spectre of fascist civil war haunting the midterm elections in the so-called United States, imminent system collapse is obvious to all. There is no future left but to fight it out in chaos of the streets – or in the latest version of Smash MAGA: Trump Zombie Apocalypse! This expansion continues the timeline into Biden’s neoliberal nightmare with six new action-packed levels: “March Against Dystopia”, “Dualing Protests”, “”Cop Island”, “Bicycle Bomber”, “Civil War”, and “Ancient Future”. Join the struggle in single-player mode or fight with your friends online against new enemies including police riot trucks, digi-dogs. tanks, Romanesque MAGA LARPers, peace police, and more. 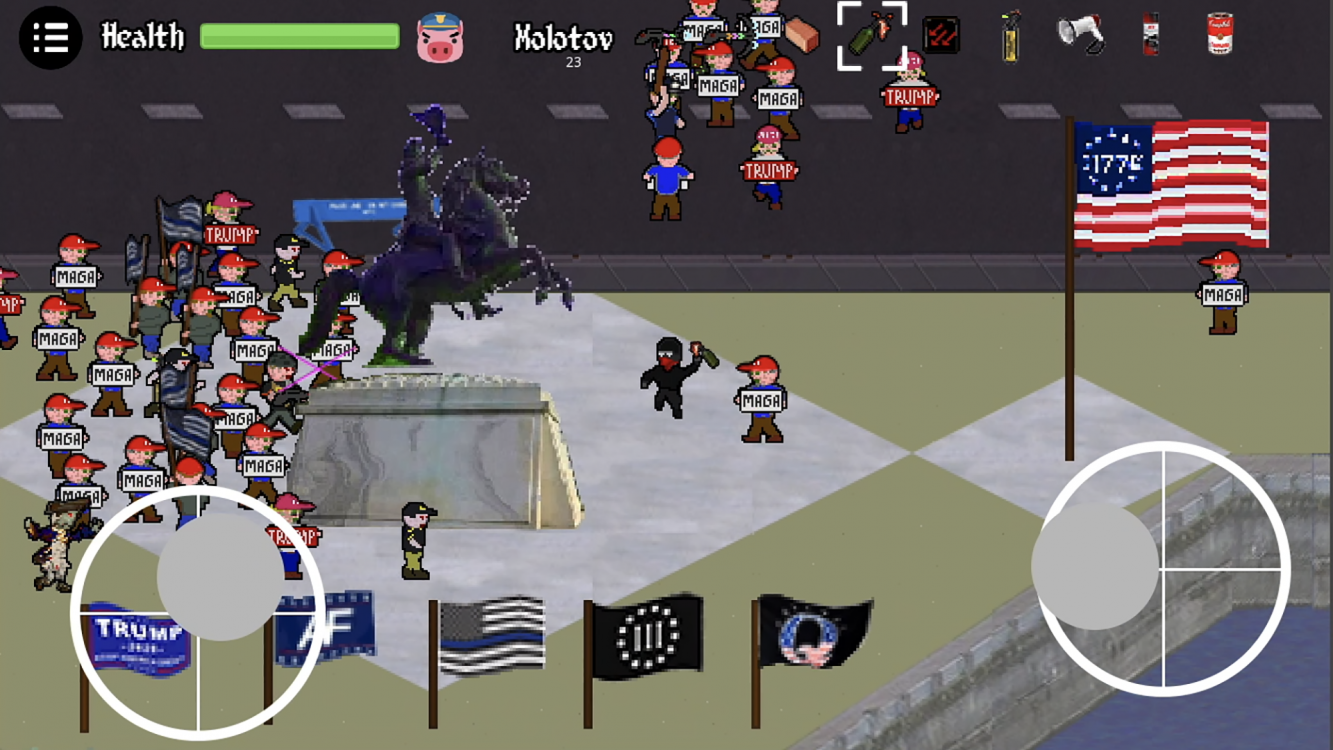